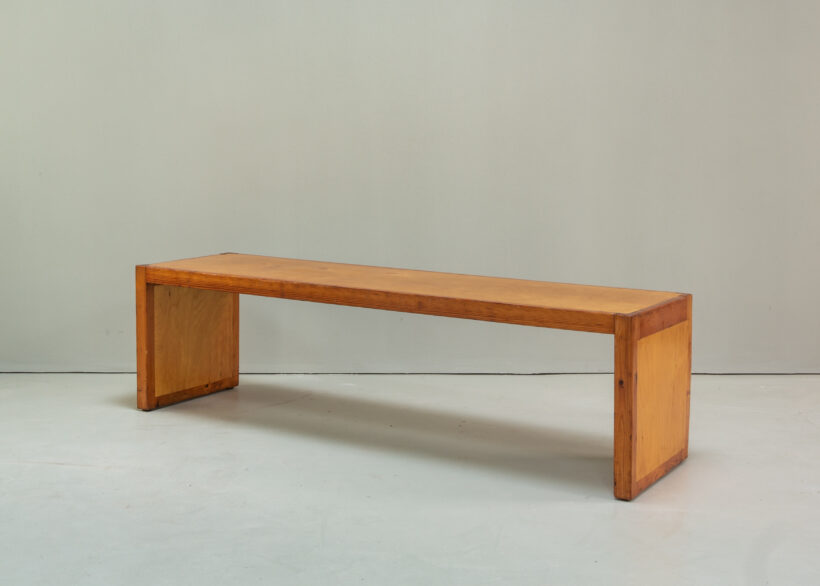 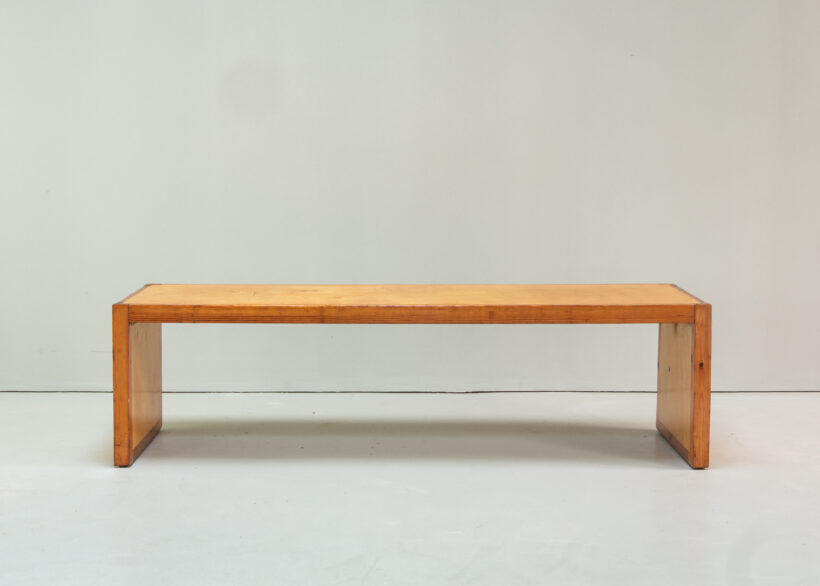 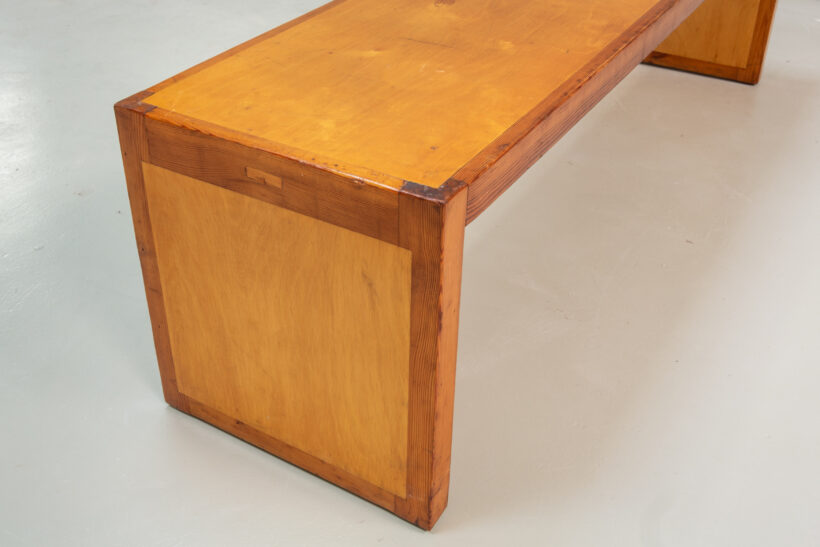 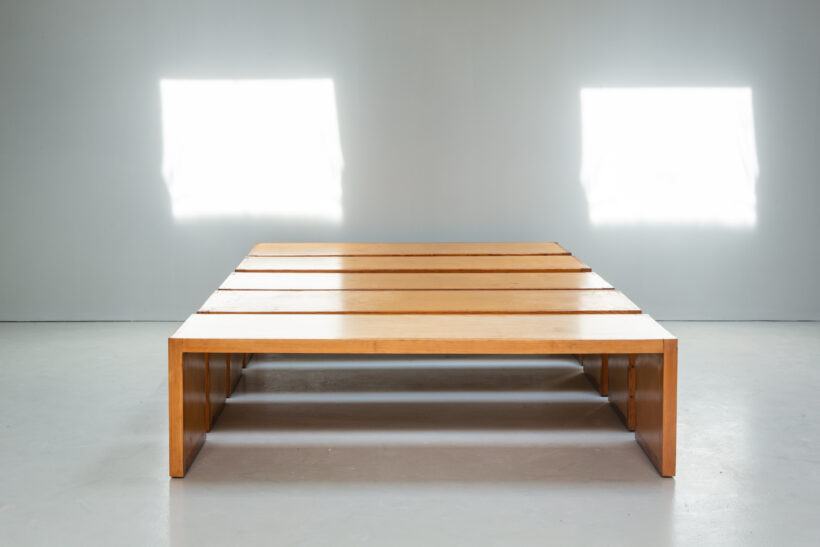 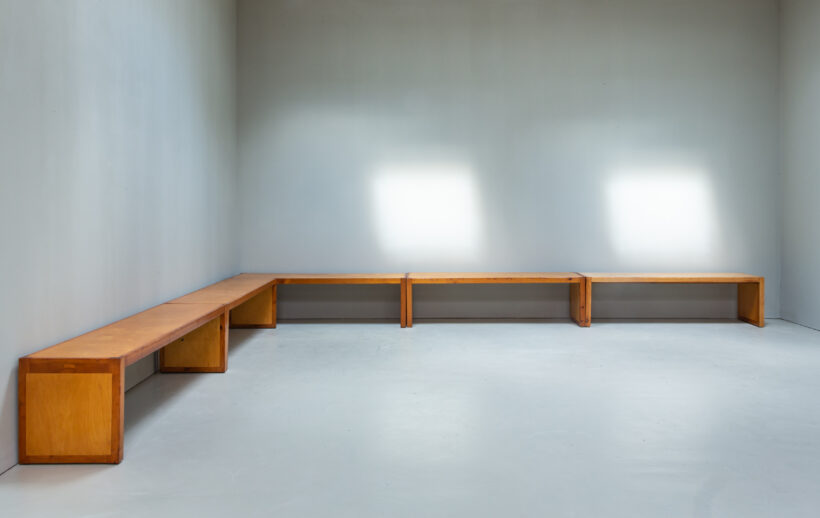 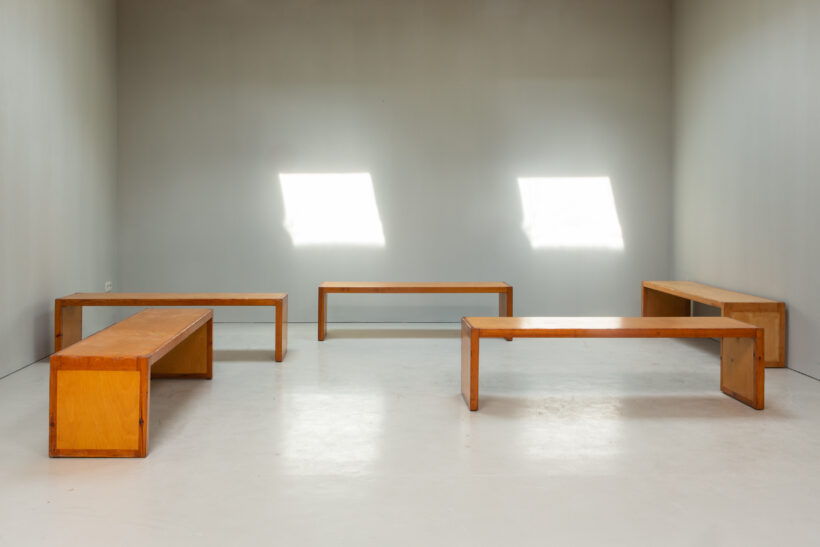 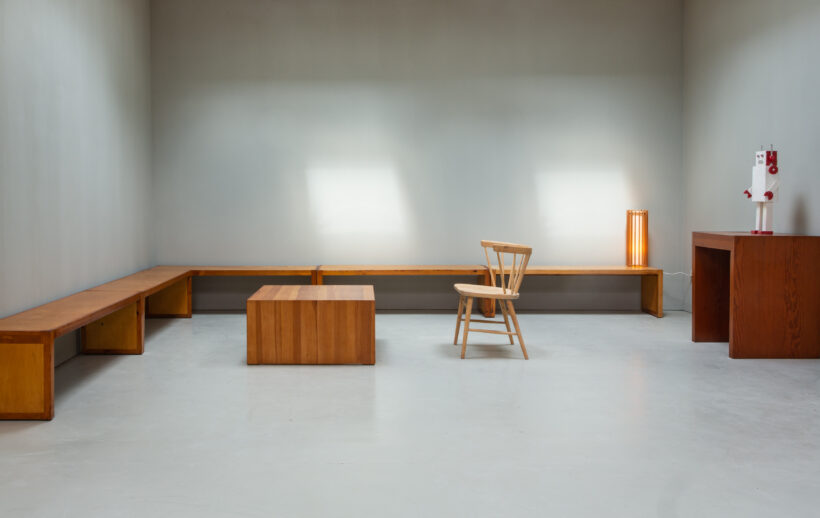 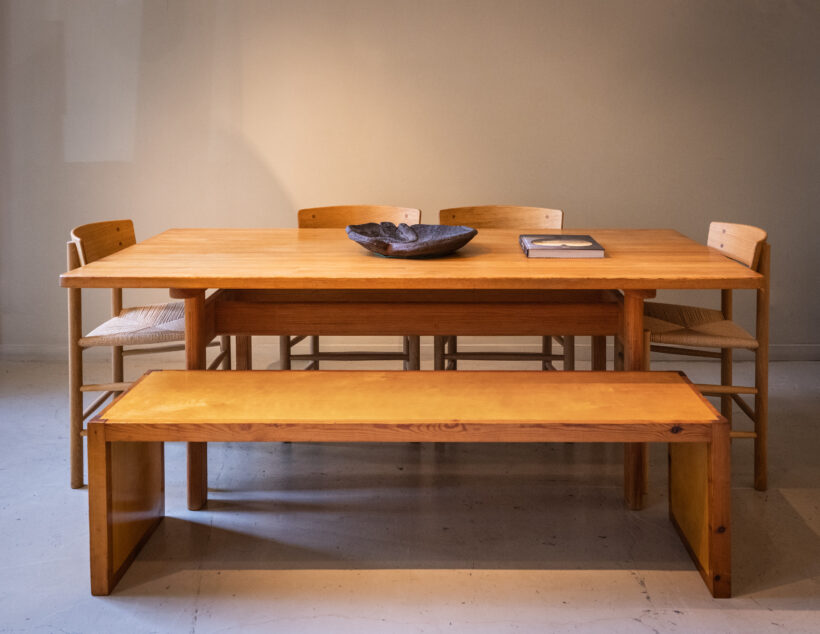 The five benches, (the console table and the wooden bench) where standing in the “alcove” that served as the entrance to the actual chapel of the St-Lievenscollege in Gent, Belgium. This building was designed and build by Marc Dessauvage between 1964 and 1965. All furniture was designed and produced in his typical “arte povera” style and installed in 1965. The benches are made of solid pine with plywood inlay. (The console and the sculptural bench where realised in solid Norwegian red pinewood.) The chapel and its alcove are one of his first completed works of his 20 year career as an architect. Marc Dessauvage is one of the pioneers of Belgian Brutalism.