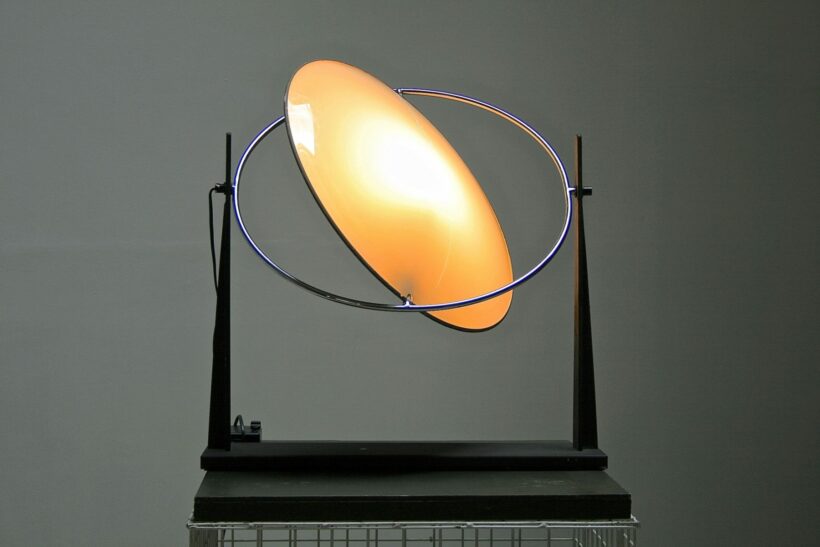 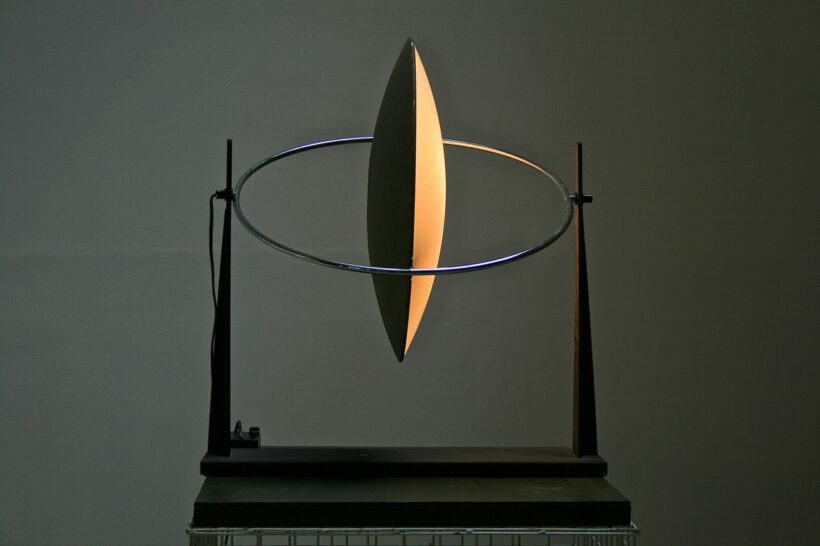 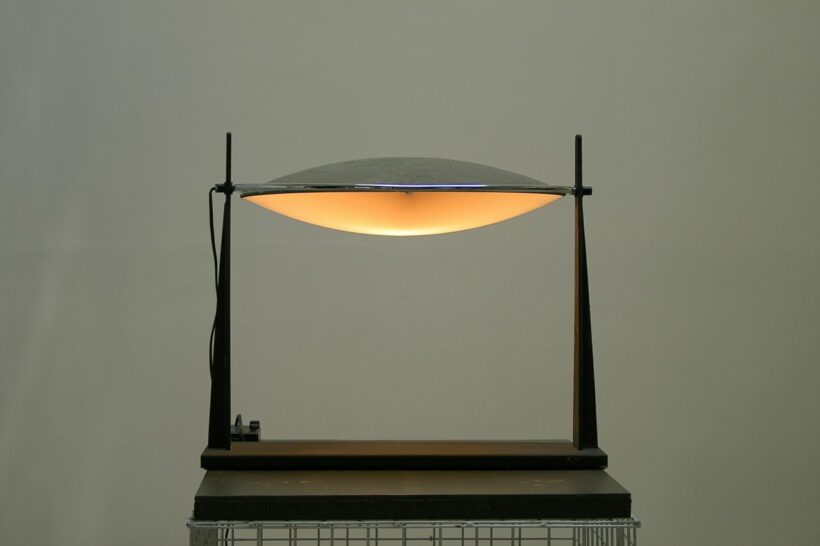 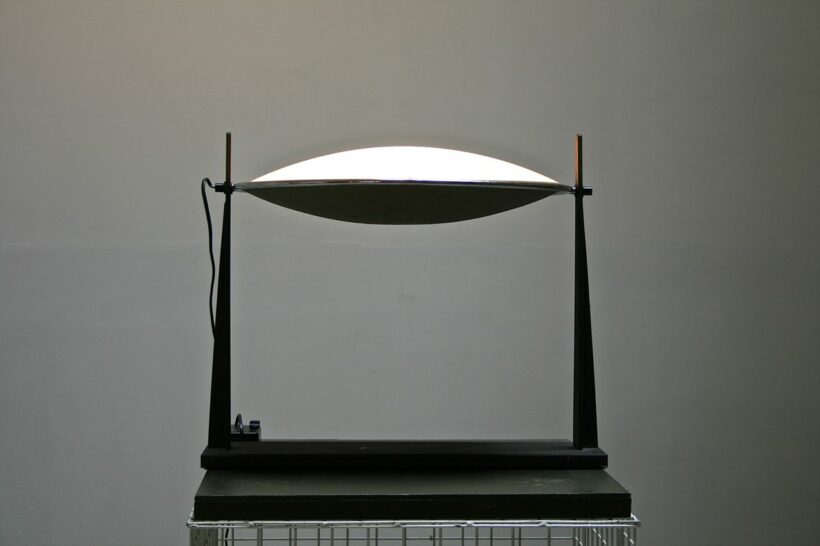 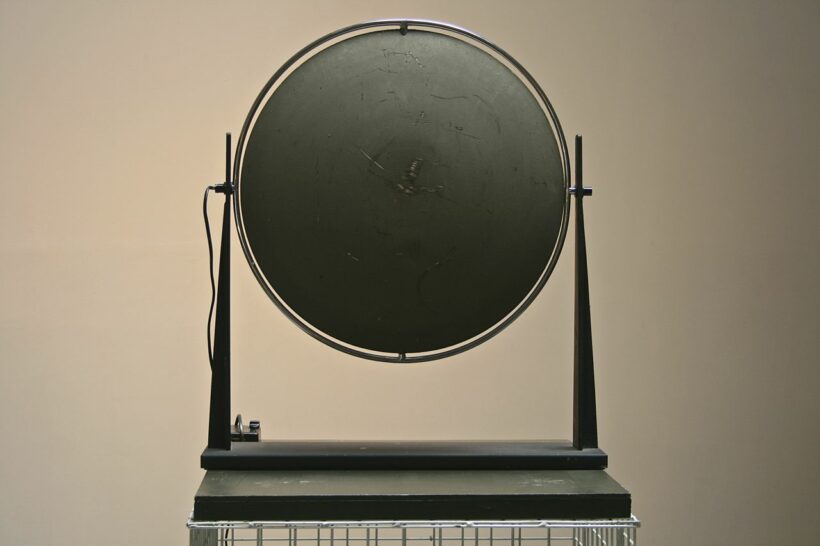 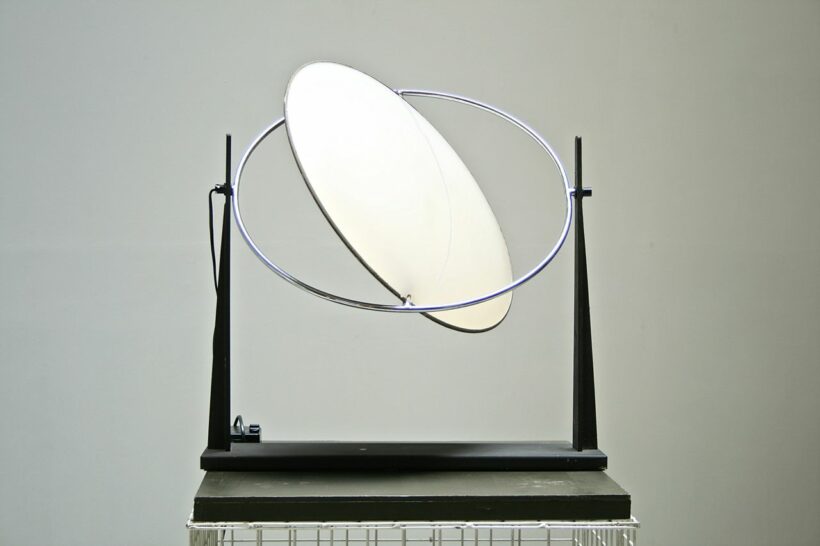 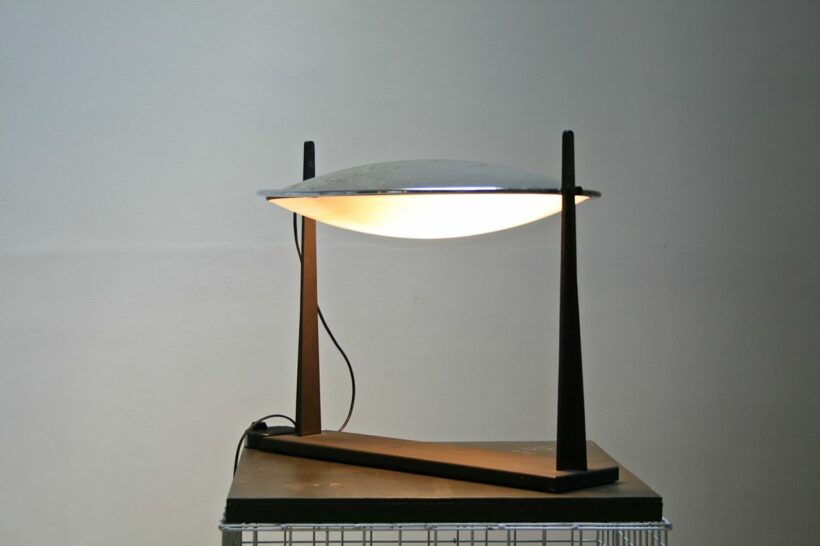 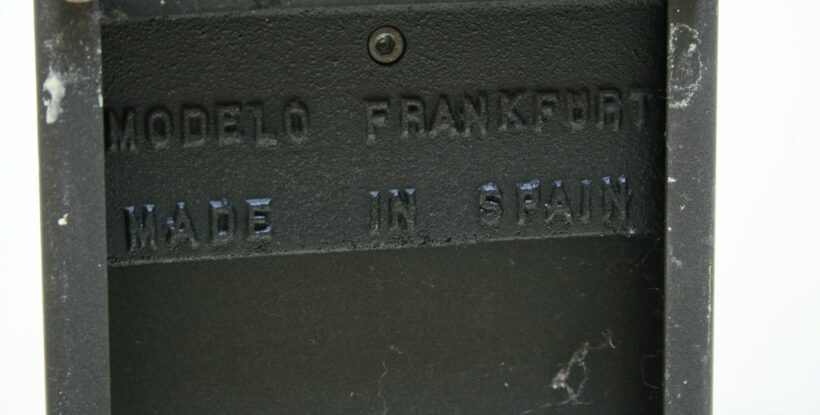 Extremely rare lamp by Ramon Bigas and Pep Sant named “Frankfurt”.
Rotating structure. Including an  external dimmer. Made in Spain in 1980’s

Ramón Bigas embodies the multidisciplinary professional that, parting from radical positions, little by little entered the world of commercial design, thus placing himself between utopia and reality.

Although Ramón Bigas began to study physics at the University of Barcelona, he soon decided to work as a designer and artist, and set up the ADAssociate Designers studio with Pep Sant in 1981.

Among his industrial design projects, we may stand out the Spanish high-speed train, or the holder for the flame for the Barcelona ’92 Olympic Games. Bigas has also developed designs projects in interior spaces, graphic image, exhibitions, lamps, tables, offices, and images. He created, for instance, the Micro lamp, a sort of minimal giraffe, or the Ramon chair. From 1995 to 2001, Bigas was the director of the FAD association.